The Village of Montgomery has an invested interest in preservation and water conservation and is proactively striving to become a more sustainable community. 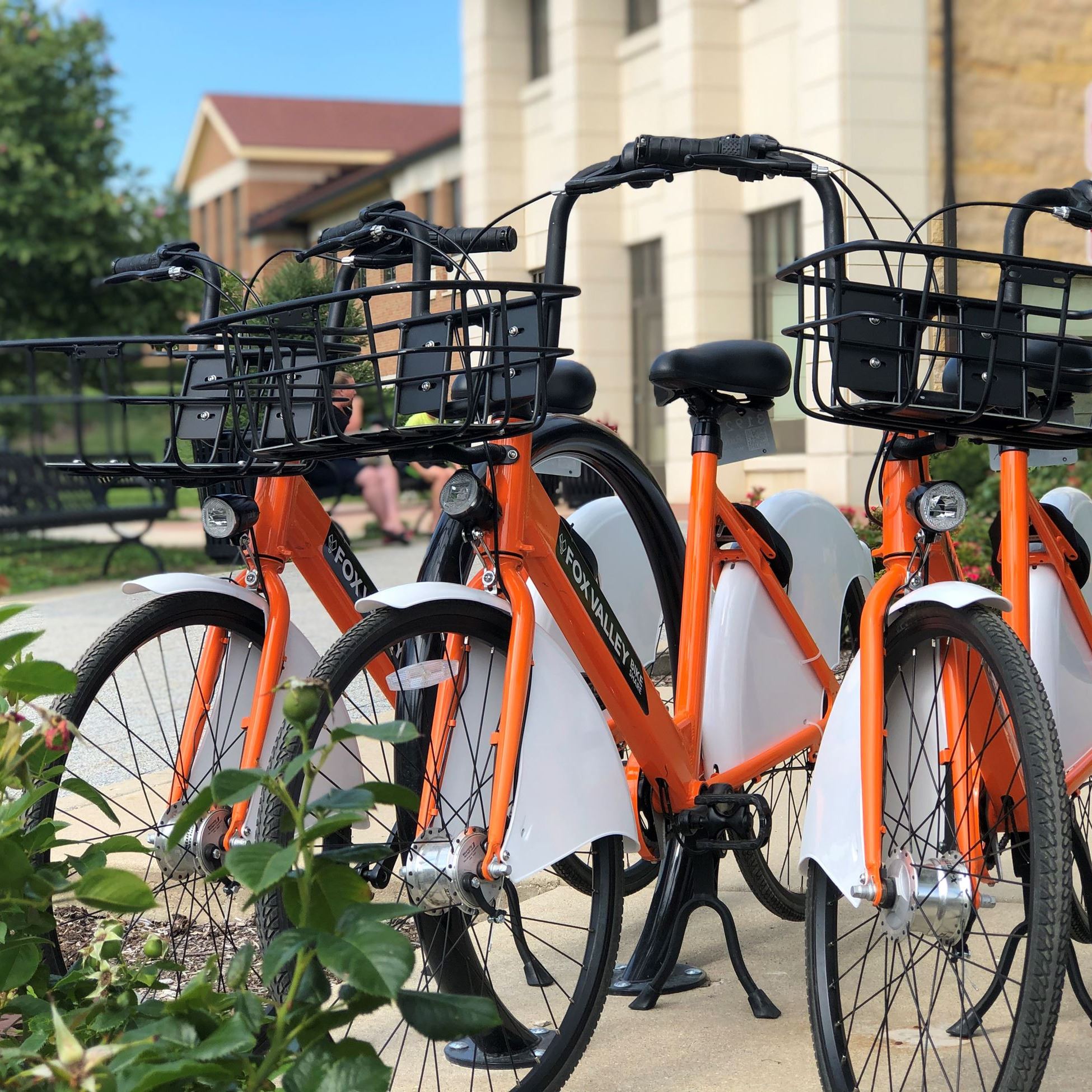 Montgomery customers may enrolled with Eligo Energy for "green", renewable energy at the exact same rate as the ComEd rate. There is no difference in cost to the consumer.  However, this provides green energy credits to the Village of Montgomery on behalf of all residents of the Village as one of our sustainability initiatives and helps qualify us as a Green Power Community. 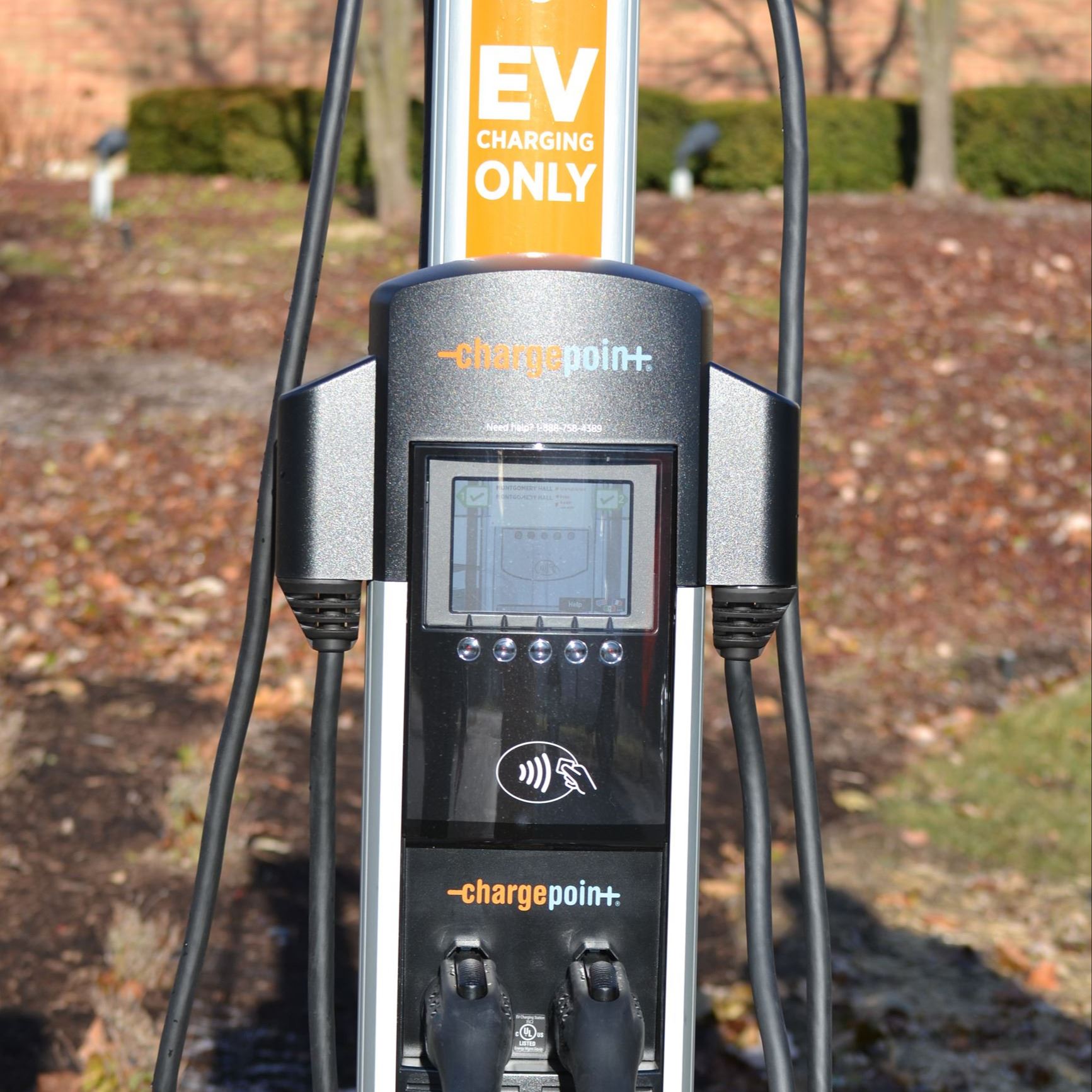 An electric vehicle charging station has been installed in front of the Montgomery Village Hall, 200 N. River St. in collaboration with Kane County, which is provided the charging station while the Village is provided the funding for installation. While electric or hybrid vehicles are still in the minority, they are the hope of the future, since carbon dioxide emissions contribute to greenhouse gases in the atmosphere and accelerate climate change. Electric vehicles don’t release carbon dioxide into the atmosphere when you drive them, and hybrid cars use their battery to greatly improve the distance you can travel. The electric charging station allows individuals with electric vehicles to charge/refuel them at the Village Hall. 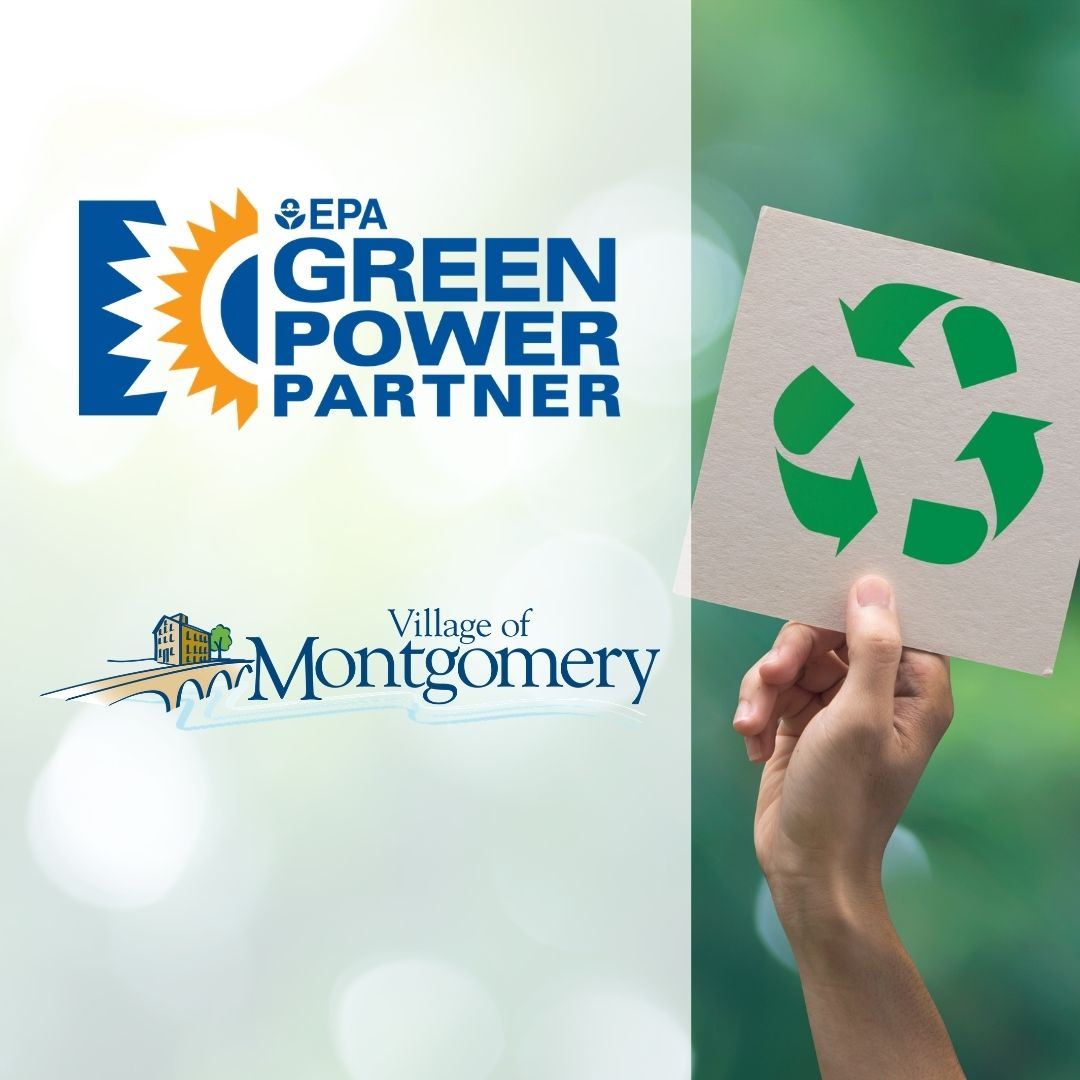 The U.S. Environmental Protection Agency (EPA) has designated the Village of Montgomery as a Green Power Community, recognizing its use of green power to reduce its environmental impacts associated with conventional electricity use. Through this program the EPA works with more than a thousand partners purchasing billions of kilowatt hours of green power annually and encourages ways to reduce the environmental impacts associated with purchased electricity use.

Beginning in fall 2019 Public Works team members began the task of outfitting Montgomery’s streetlight fixtures to accept LED bulbs, which are up to 50% more energy efficient than traditional sodium bulbs and can last 15 to 20 years. Montgomery received a grant from ComEd for $14,000 to help offset the cost of the initial phase of this project.

During the winter months you will see Public Works plowing snow and applying road salt, also known as sodium chloride. The Village has adopted several Sensible Salting Practices that have resulted in a reduction of the quantity of salt and additives that are used to keep our roads safe. These procedures have resulted in a 40% reduction in the amount of road salt used, which saves money and helps the environment. Sodium chloride affects water quality by washing into lakes, streams or ground water supplies, and can also affect the environment by running off into the soil, harming trees and vegetation. Our reduced salt usage significantly reduces our environmental footprint.

The Community Development Department took the initiative to begin to facilitate the usage of solar energy in Montgomery. In May 2019, due to their efforts, the Village was honored with the SolSmart Gold Designation in recognition of its meeting official criteria and adopting solar best practices. This, along with a educational forums the Village hosted, has jump started an interest in solar power in Montgomery and assisted over 100 households in installing solar panels since that time.